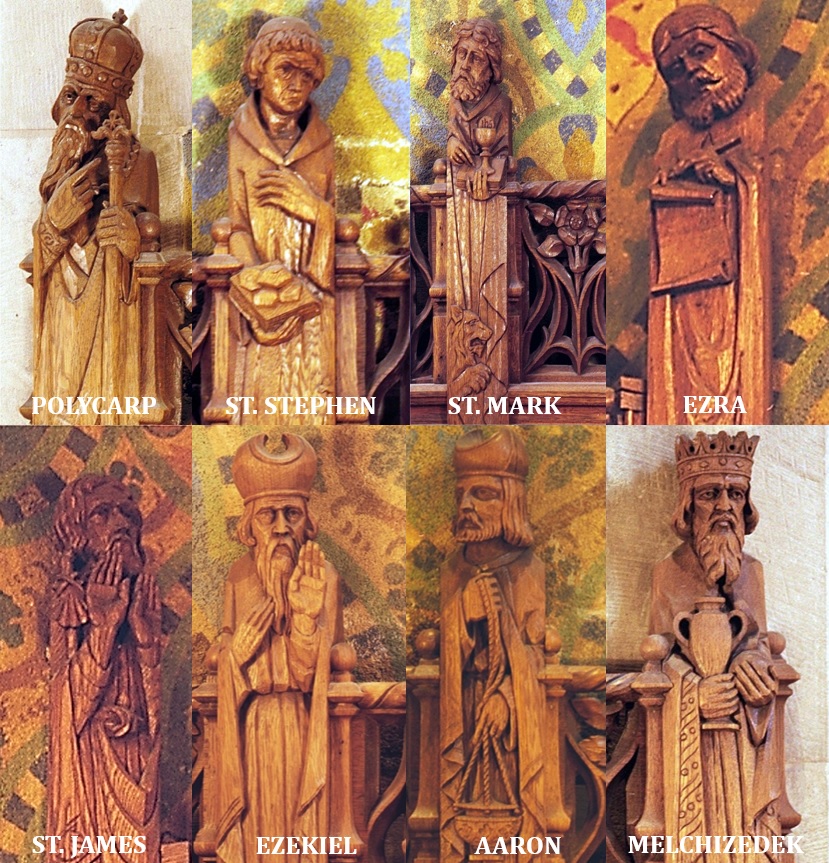 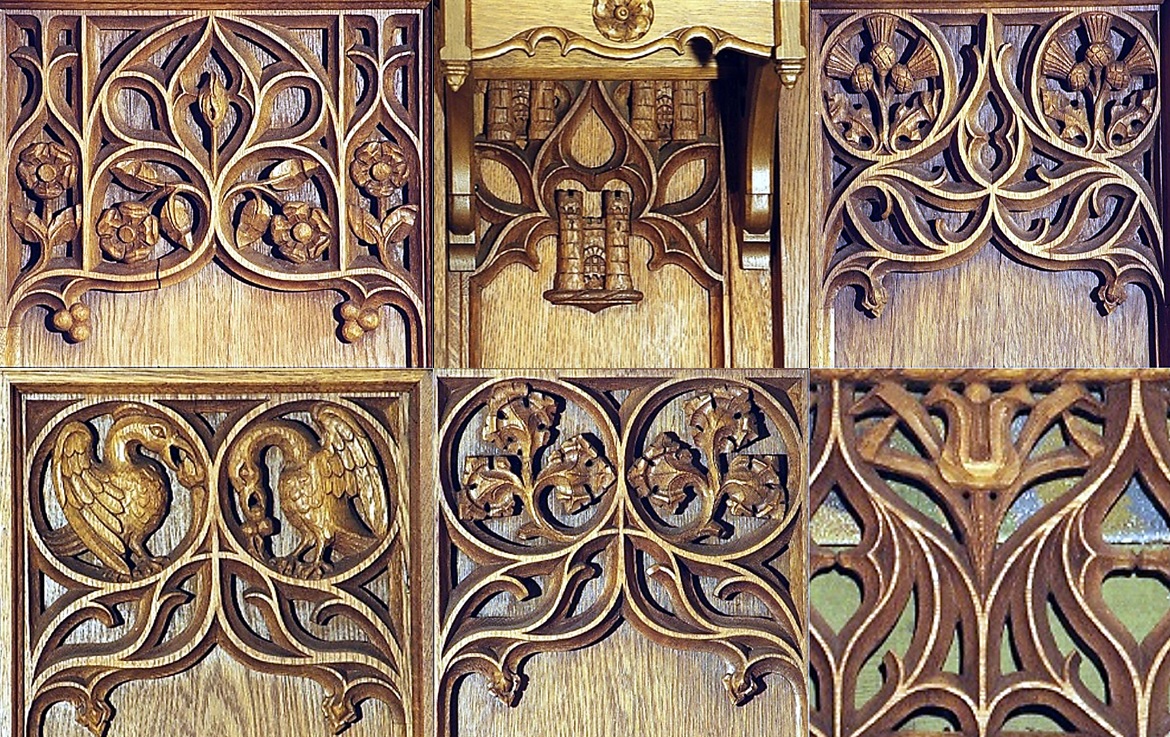 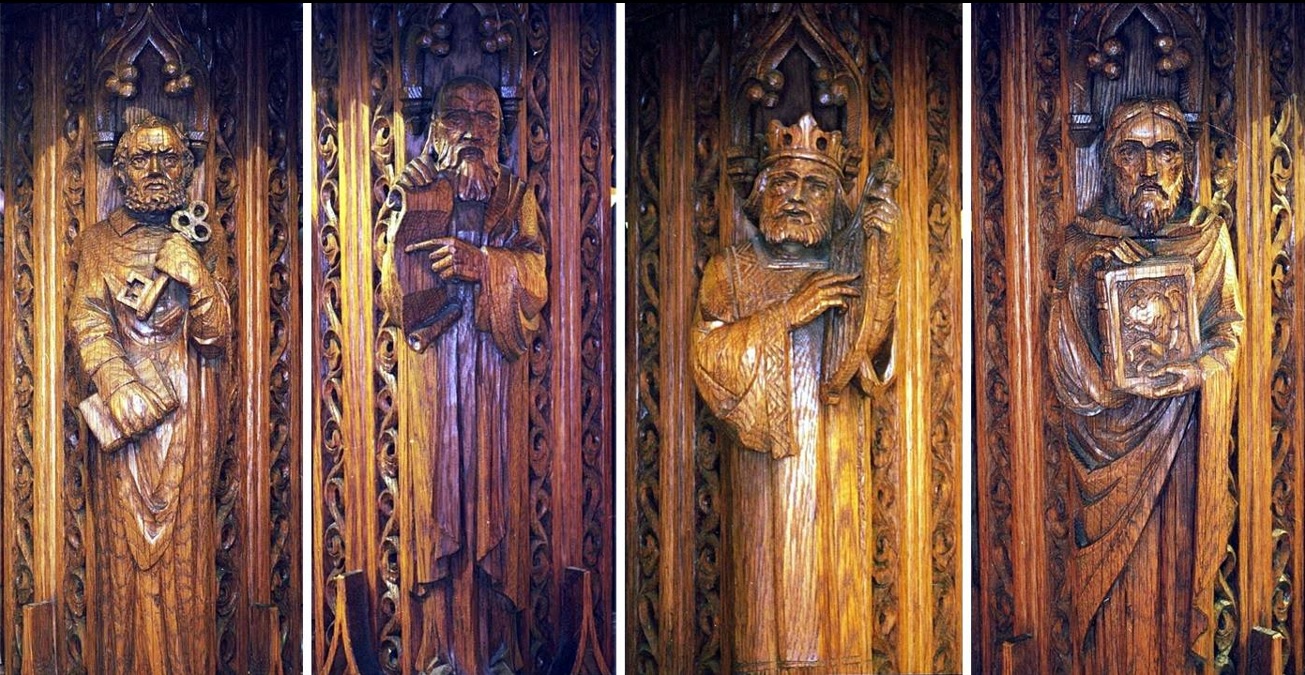 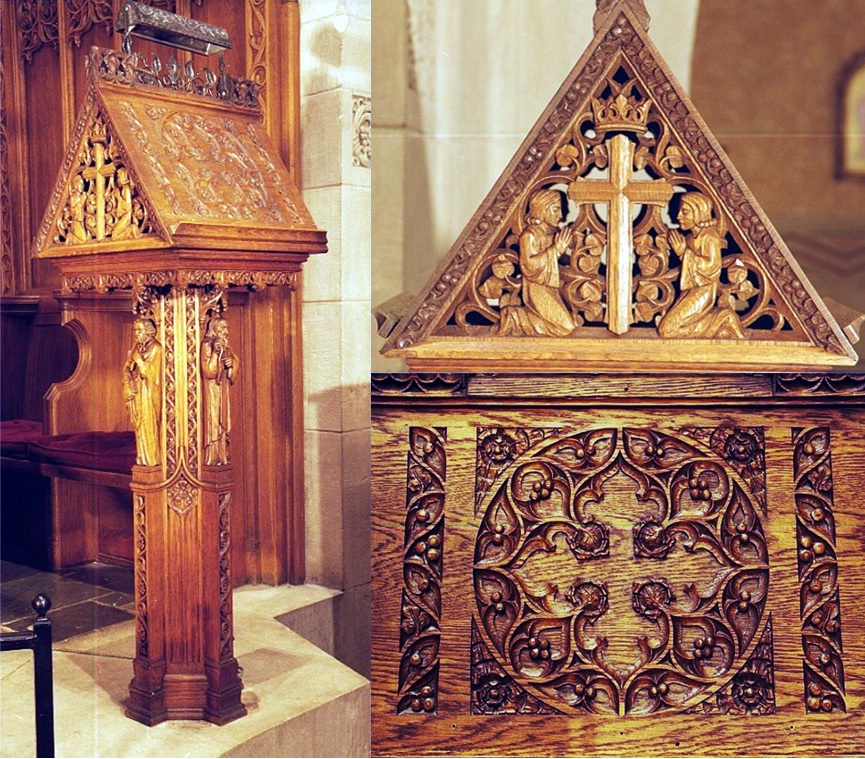 The top of the lectern turns on a swivel. It was formerly used to read the lessons from a German bible on one side and from an English bible on the other.

The side panel of the oak lectern are carved with a cross capped by a crown with two angels kneeling in worship and praise. This symbolizes the centrality of the Word proclaiming the victorious Christ before whom every knee shall bow of things in heaven and on earth.

The center panel displays the birth of Christ, the promised Messiah; the wise men bringing gifts to the Christ child, and Joseph, Mary and the Child fleeing to Egypt. 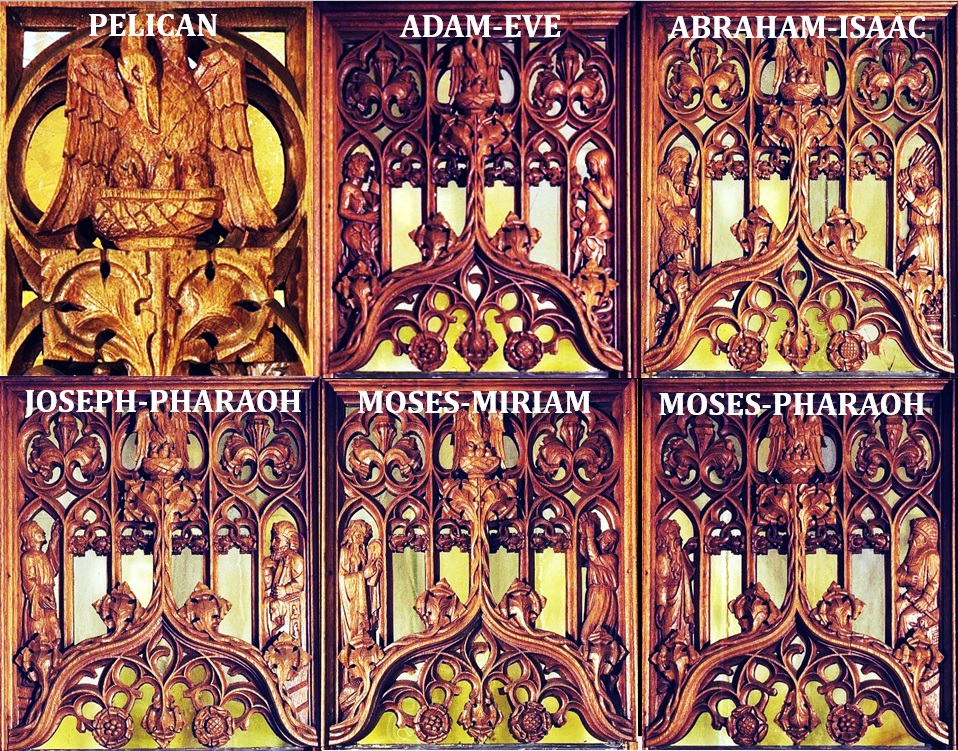 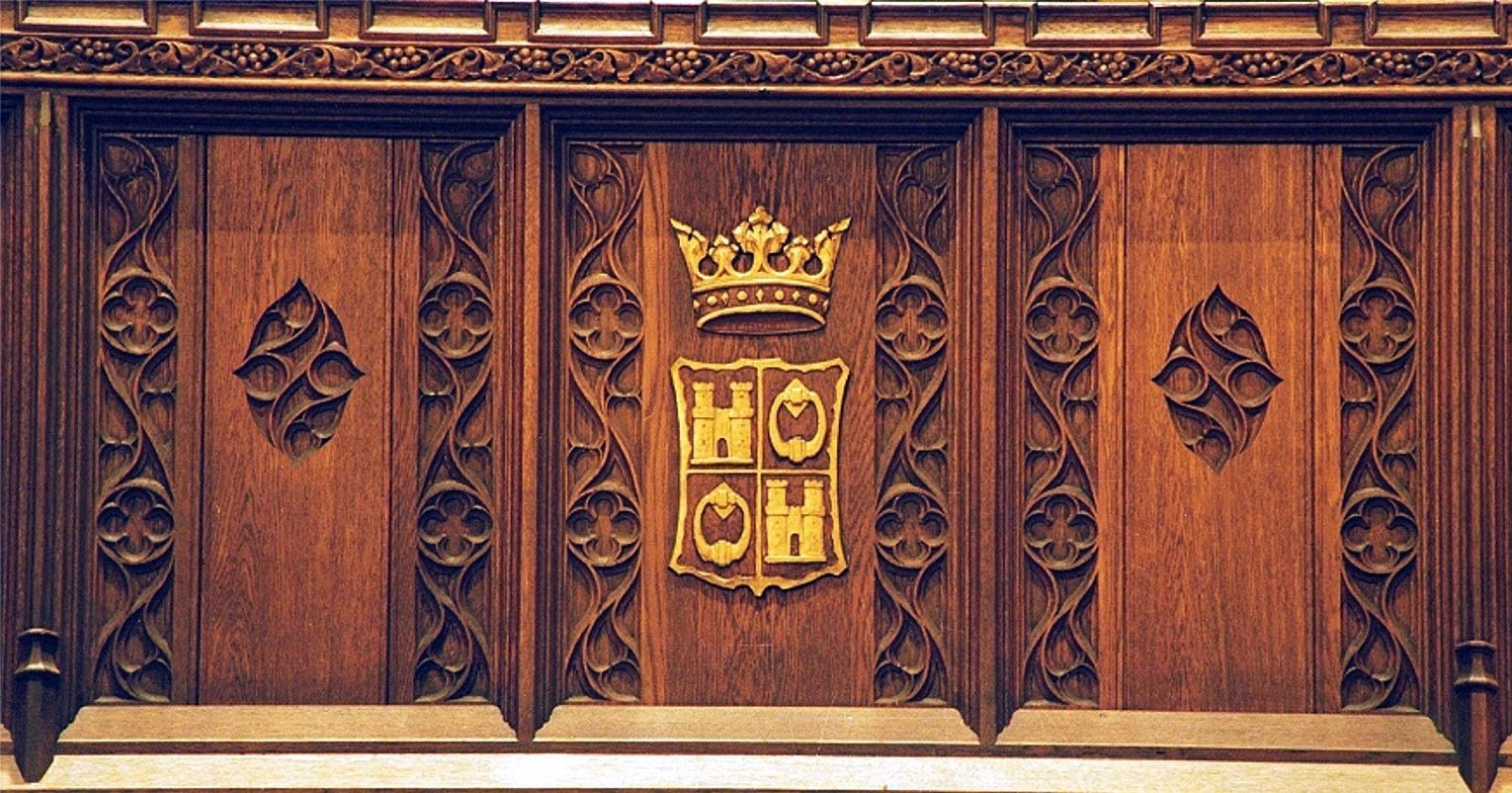 The shield in the center of the balcony screen contains a door and a castle, both depicting the church as a place of refuge. The crown over the shield symbolizes heaven, the crown of life, for the ultimate refuges for the Christian.

The gate in the center of the railing remains open, except when communion is distributed, as a symbol that the Christian has direct access to God through Jesus Christ, who became our high priest. The needlepoint kneelers were made by members of Historic Trinity Lutheran Church for the 150th Anniversary of the parish in the year 2000. 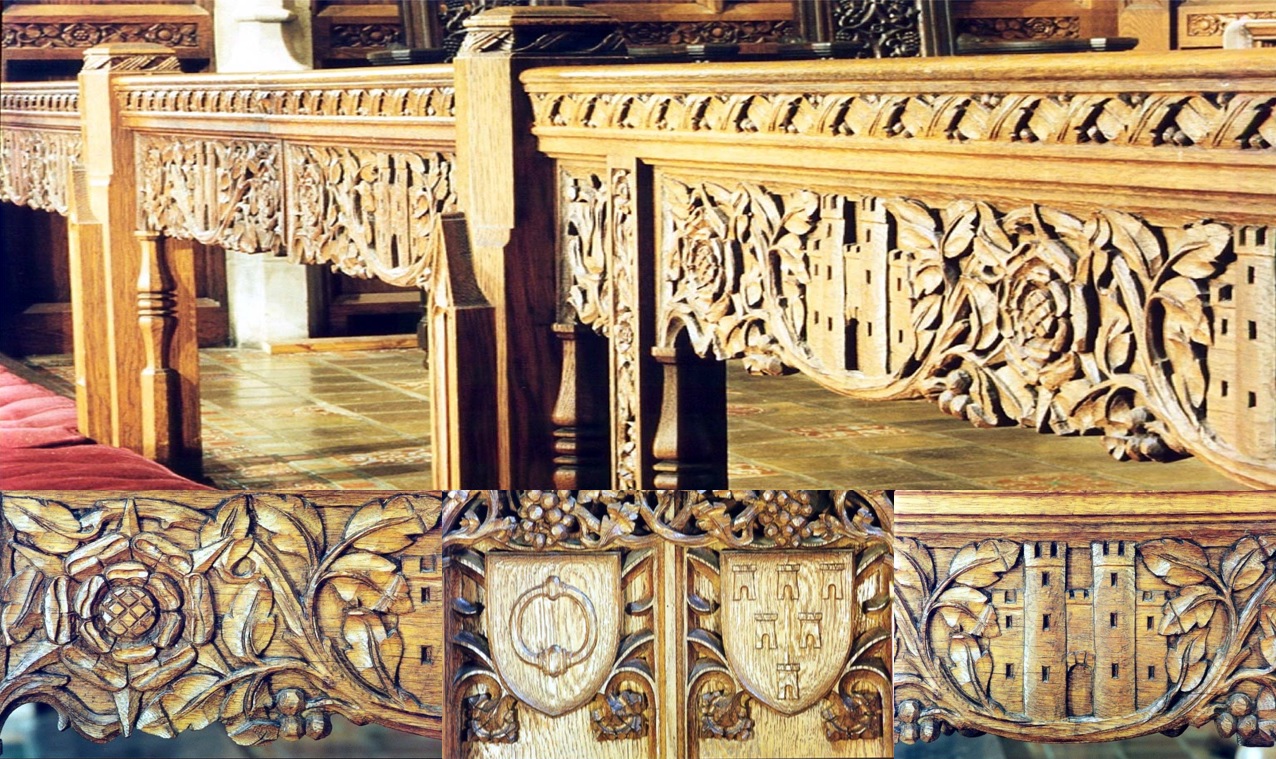 The pew ends contain carvings of various animals and plants in the world of nature, representing St. Paul’s words: “The earnest expectation of the creature waiteth for the manifestation of the sons of God”. 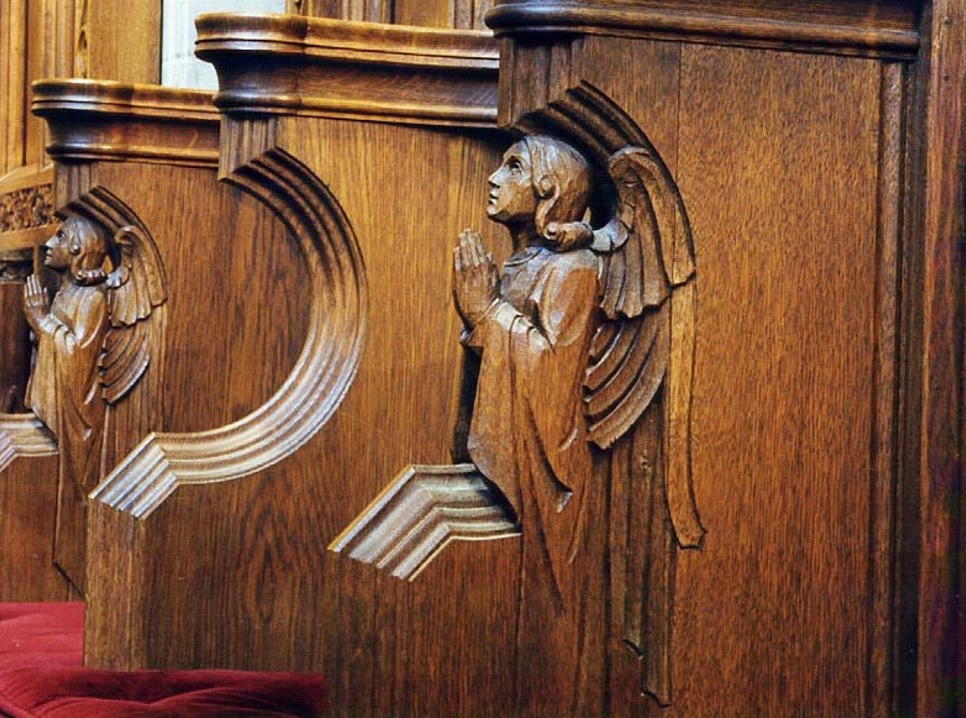 At the top of reredos are the wood carvings of the New Testament martyrs now in glory. The artist of this panel pointed out a “graying shadow” behind the heads of the two martyrs on the right. He stated they had painted the background to make the figures stand out, but changed their minds and removed the paint. 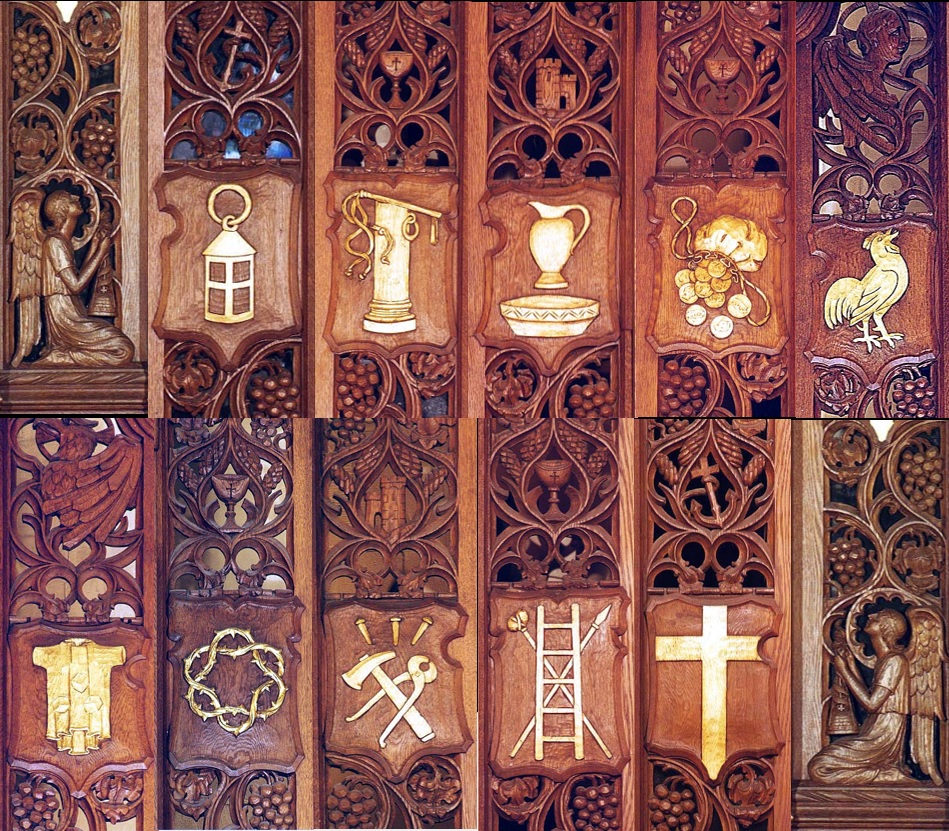 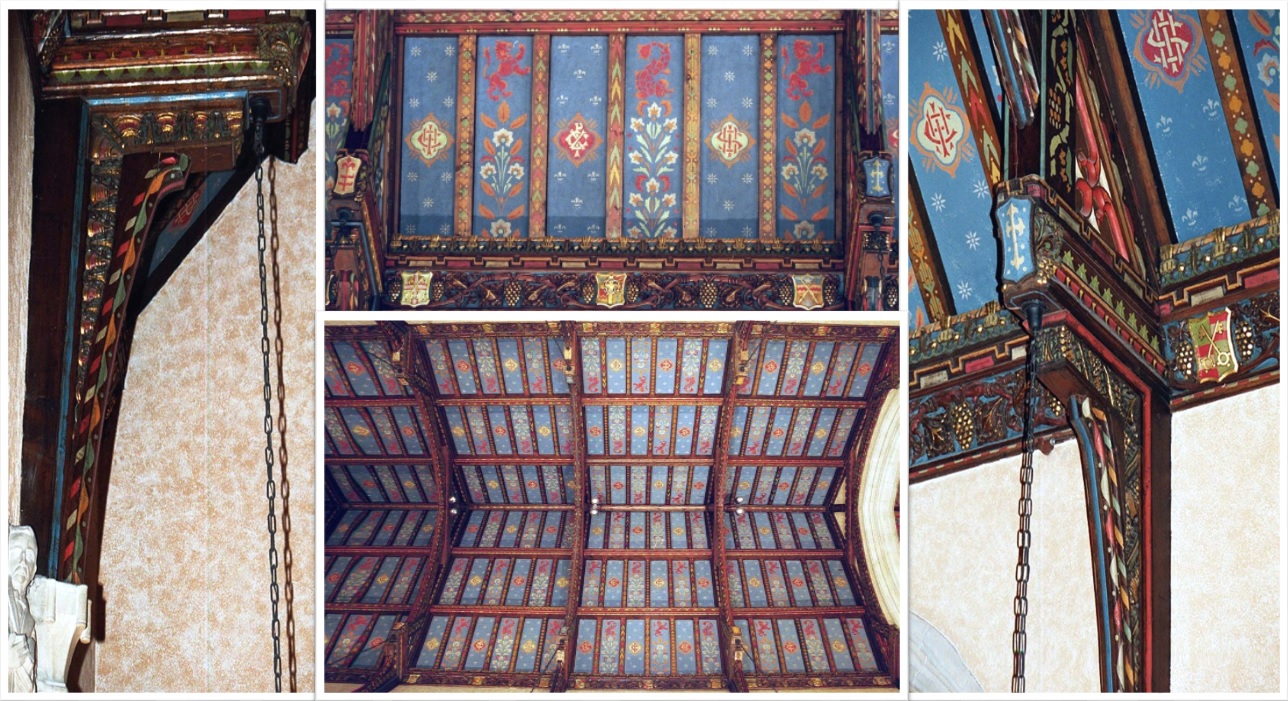 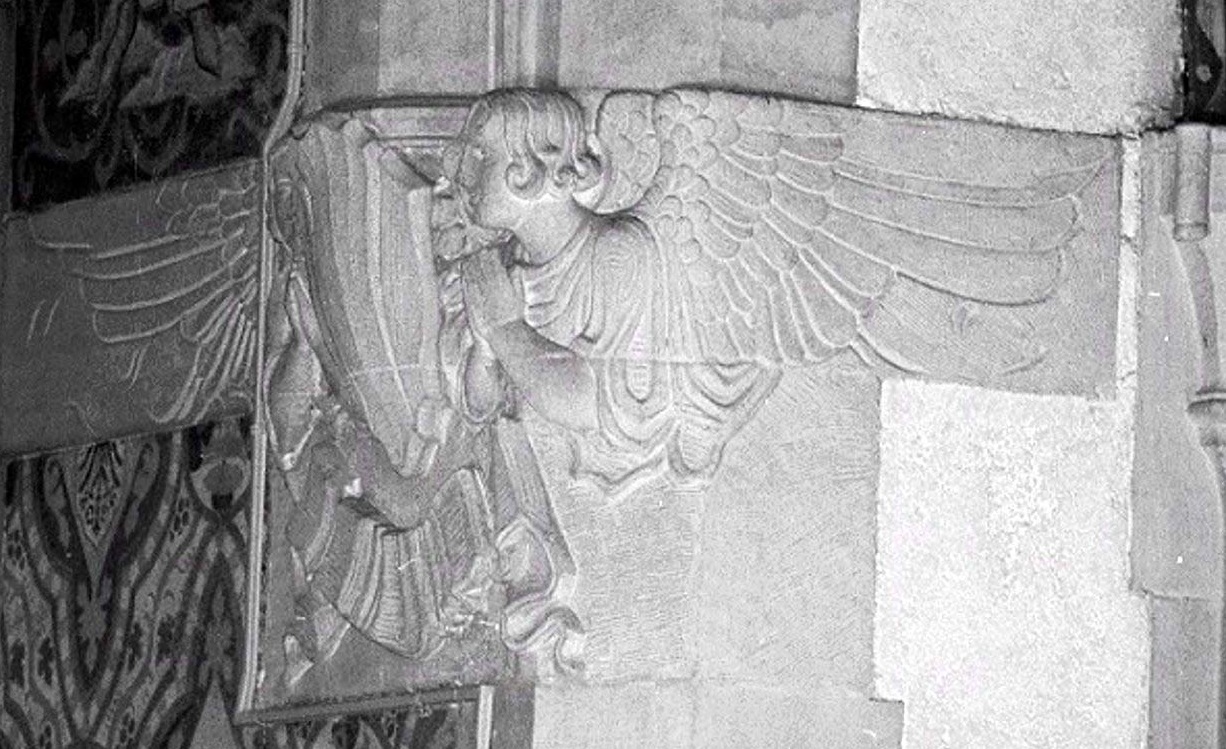 Left and right – the ceiling trusses are decorated in the colorful German Bavarian Style. This was done to keep the Bavarian influence upon the parish.

Top – the blue panels are decorated by stenciling paint on plaster, performed by the Diggo Rambusch studio. The panel design contains the fleur-de-lis, the Rose of Sharon, the IHS and XD symbols for Christ, the fish symbol of the Christian, and the lion for royalty and majesty of the Lord.

Bottom – the ceiling of the nave is decorated in the German Bavarian style. 18″ wood beams hold up the 60′ long slate roof. The ceiling is 50′ high.