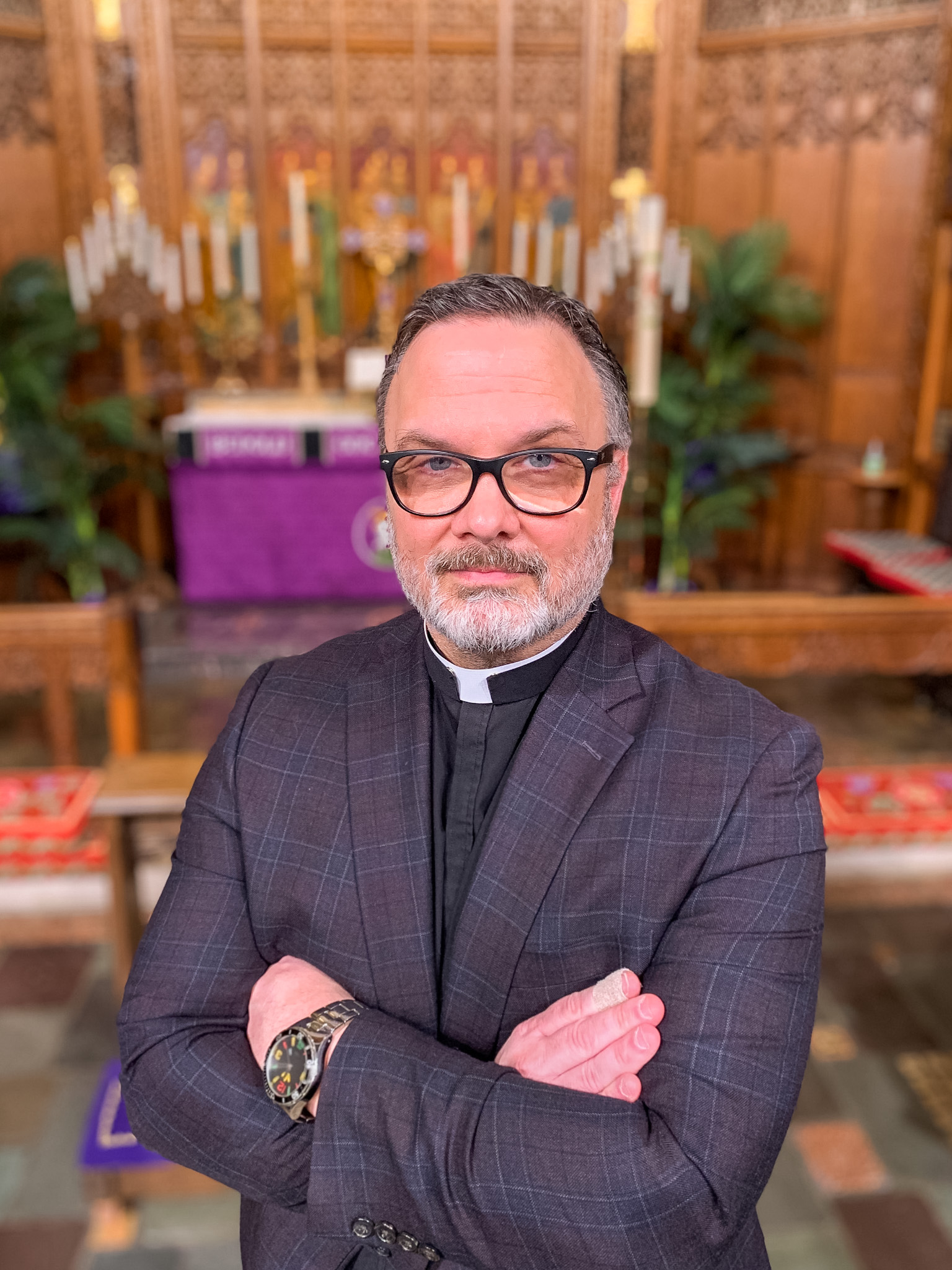 Rev. D. Lee Andrzejewski was born and raised in Detroit, MI and is the son of Norbert and Marion Andrzejewski. He was baptized into the faith at Calvary Lutheran in Detroit, but raised at The Lutheran Church of the Epiphany in Detroit under the pastorate of Rev. Richard Bernthal.

He attended Grayling Elementary and Nolan Jr. High in Detroit before finishing his junior high years at St. Paul Lutheran School in Royal Oak. He is a 1984 graduate of Lutheran High East (Harper Woods), a 1989 graduate of Concordia University, Ann Arbor (BA: Sociology/Psychology and Biblical Languages), and a 1993 graduate of Concordia Theological Seminary in Ft. Wayne, IN (MDiv: New Testament Exegetical Theology). He served his vicarage year (1991-92) at Redeemer Lutheran Church and School in Warsaw, IN under the supervision of Rev. Robert Koch (perhaps the seminary’s idea of good Polish joke… placing an “Andrzejewski” in Warsaw?) He is currently working on his doctorate at CTSFW in the disciplines of Mission and Culture under the working dissertation title of “Connecting Christ to a Downtown Demographic: A Postmodern Application of the Biblical Motif of Relationship“.

Rev. Andrzejewski married his high school sweetheart, Kristen Alexander on July 23, 1988. Kristen is a graduate and confirmand of Trinity Lutheran Church and School, Warren, MI under the pastorate of Rev. Wilton Fluegge. She is a 1984 graduate of Lutheran High East, and a 1988 graduate of Concordia University, Ann Arbor (BA: Elementary Education). God has blessed this union with the gifts of Joshua (USPS in Santa Cruz, CA), Jakob (Pastor of St. Paul Lutheran in Royal Oak, MI), Nicolas (Firefighter/Medic for the city of Dearborn Heights, MI), and Rachel (3rd and 4th grade teacher at St. Peter Lutheran School, Eastpointe, MI).

Rev. Andrzejewski was ordained into the Holy Ministry at St. Thomas Lutheran Church and School, Eastpointe, MI on June 27, 1993. He was ordained by then District President Dr. John Heins. He served as Associate Pastor of St. Thomas through January 2001, when he accepted a call from the Michigan District of the LCMS to serve as a Missionary-at-Large to replant New Hope Lutheran Church, Hudsonville, MI, a church of 30 members. Within two years, New Hope became self-sufficient, and in February 2003, called Rev. Andrzejewski to be her pastor, where he stayed until August of 2008. From 2008-15, Rev. Andrzejewski served as Senior Pastor of Guardian Lutheran Church and School in Dearborn, MI. Since August of 2015, he has served as eighth Head Pastor of Historic Trinity, and only the fifth pastor since Abraham Lincoln’s first year as president in 1860.

Rev. Andrzejewski has served the Church-at-large on numerous committees and boards, including his current role as 2nd Vice President of the Michigan District of the Lutheran Church- Missouri Synod. He served for seven years on the Lutheran High School Association Board of Directors as president; as Secretary of the Michigan District of the LCMS, and is currently serving on the Board of Directors for Lutheran Special Education Ministries (established in 1873 at Historic Trinity). He has served his community as Police Chaplain of the Wyoming (MI) Police Dept from 2001-08, and for 20 years as a Little League Coach in Hazel Park (MI), Eastpointe (MI), and Allendale (MI), coaching ages 3-14, including a Little League All-Star/World Series team in 2008.

Rev. Andrzejewski has an inordinate amount of absolutely useless trivial information on sports. He has had a life-long love of all things Detroit sports, especially the Detroit Tigers. Kristen and Pastor were privileged to attend the retirement party of NBA Hall-of-Famer and Piston legend Joe Dumars, and twice ate Thanksgiving Dinner in the Dumars household. Rev. Andrzejewski is both a published author and hymn writer. He has watched the movie “Jaws” at least 40 times since 1975, and the entire 188-episode series of The Office at least seven times.

Pastor Andrzejewski’s favorite bible verse (this month) is Ephesians 3:20- “To Him who is able to do immeasurably more than all we can ask or imagine…”