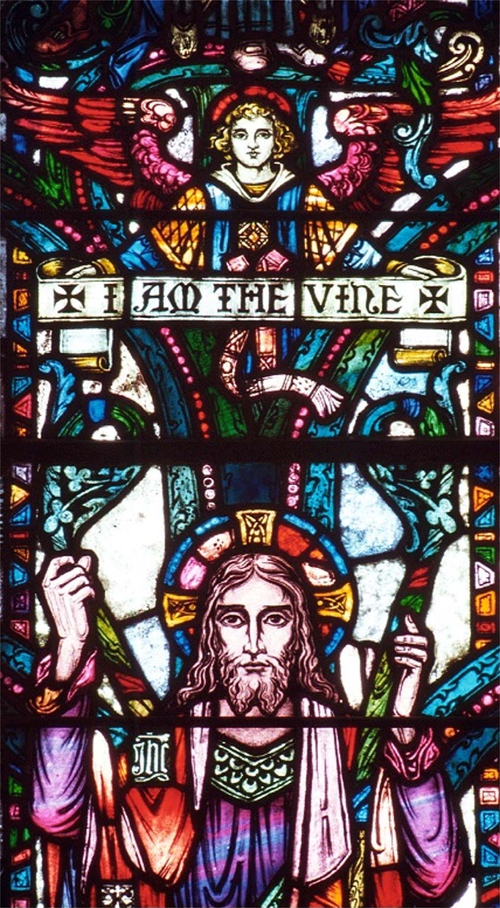 I AM THE VINE

The large balcony window contains the Tree of Life, or the vine and the branches, as its subject. The window is in rich multicolor with pieces of pot metal white glass allowing enough light to enhance the play of the brilliantly colored glass.

At the base of the four side panels is shown a procession of the nations. At the left: German, French, English, Italian, Russian, Spanish, Scandinavian, The Magyars (Hungarians). At the right, American Eskimos, Indians, Japanese, Chinese, Arabian, Hindu, African and Turk. This procession leads up to the central opening, at the base of which is a heroic figure of our Lord. “All nations shall serve him”. These figures which represent all people of the world looking up to Christ also portray the truth: “Unto Him shall the gathering of the people be” (Gen. 49:10).

At the feet of Christ on a smaller scale are Adam and Eve, the latter being tempted by Satan in the form of a serpent, while at the same time the serpent is being crushed beneath the feet of our Lord. “As in Adam all die, even so in Christ shall all be made alive” (1 Corinthians 15:22). Out of Christ grows the Tree of Life spreading into all parts of the window. An angel holds the scrolls which read “I am the vine, ye are the branches” (St. John 15:5).

This brings us to the top of the central panel which portrays symbolic parenthood: the mother and father holding aloft the young child and a future church leader who holds on his hands the uplifted torch of knowledge, as his life is gradually eclipsed by the perfect image of Christ. The traceries have the Apocalyptic vision of Christ in glory and seated on the throne, his feet on the world, surrounded by fours beasts, the sun and moon, with the Book of Life in His hands. Flowing from the throne the river of life runs down through Jerusalem. Around the throne the four and twenty elders with sparkling raiment play upon their harps and wear crowns upon their heads. The four horsemen of Death, Conquest, Famine and War, also appear as well as the angelic hosts praising God. 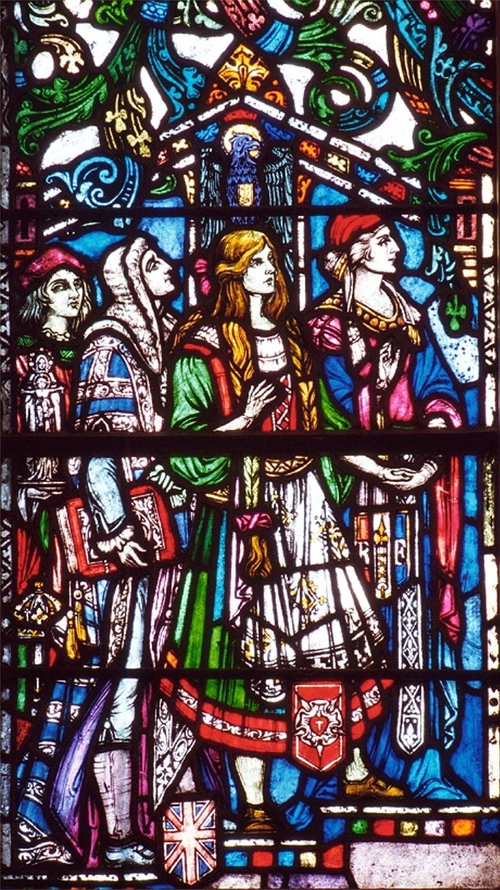 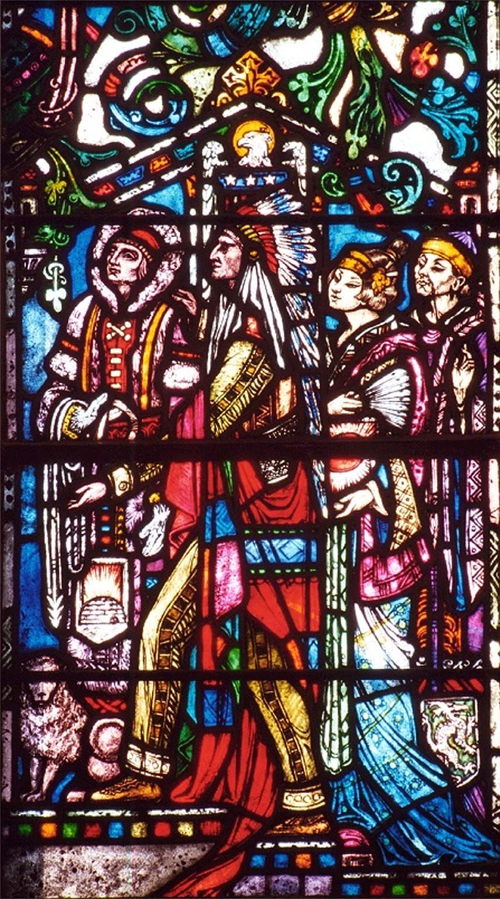 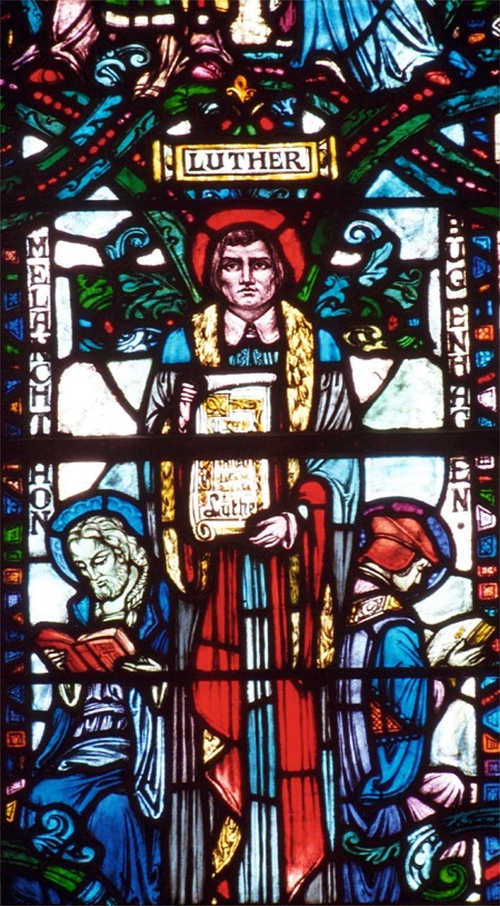 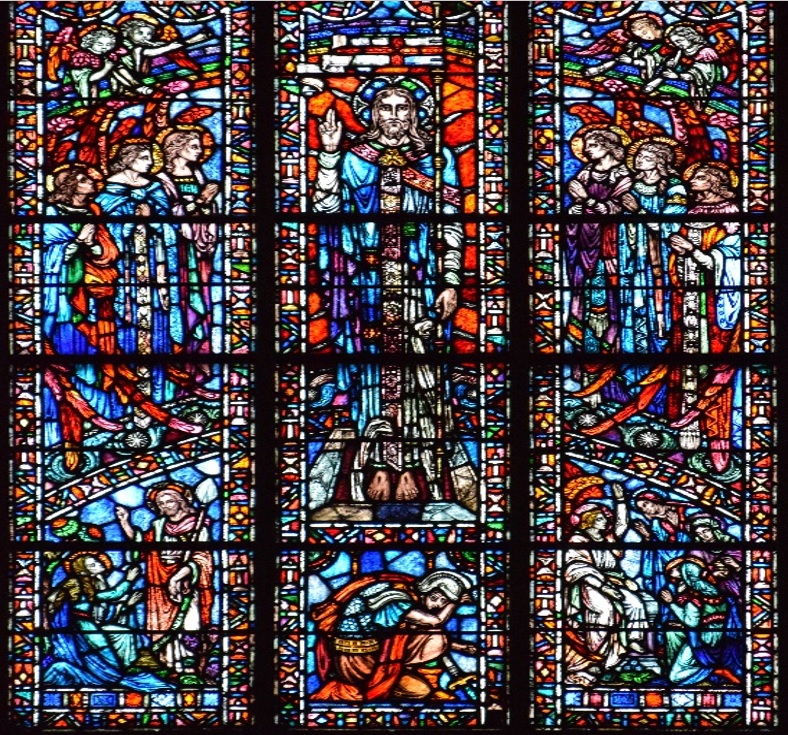 The main figure in the central panel is the figure of our Lord. At the base of the tomb is one of the Roman soldiers (Mt 28:4) who became as dead men, and around him are the heavenly host of angels and cherubs bound together with the rainbow and the starry heavens.