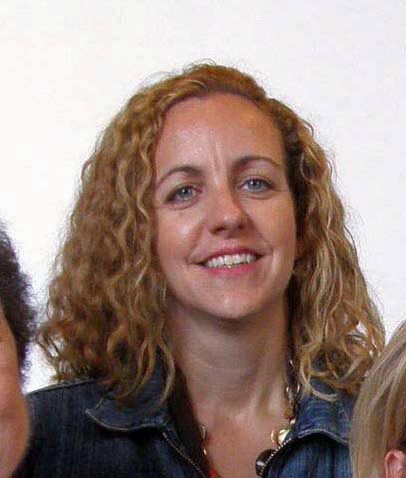 Stephanie Joan (Kitchen) Listman was baptized at St. James Lutheran Church in Grosse Pointe Farms, where her grandparents were among the founding members. The fourth of five children, Stephanie credits her parents loving example and strong faith in Christ as the basis of her firm convictions. Sunday School and Catechism class at St. James also instructed her faith before being confirmed in the eighth grade. After Confirmation, she served at St. James as an acolyte throughout high school.

Stephanie’s family was challenged by the illness of her older brother Thomas and younger sister Gloria. Both siblings were diagnosed in childhood with cystic fibrosis, a fatal genetic disease. Her parent’s strong determination to keep their children alive as long as God’s plan allowed, brought the family together in faith and prayer to battle against disease.

Stephanie and her husband, William Listman, decided to join Historic Trinity Lutheran Church along with Stephanie’s parents and siblings, members Robert and Matthew Kitchen. Within a few years of joining the church, Pastor Eberhard recruited Stephanie and Bill to oversee the production of the annual Living Nativity play. After choosing to leave her teaching career to stay home full time with her children, she began teaching Sunday School, which she does to this day. She has taught many young members of the church, including her own, as well as her nieces and nephews. She joined the Historic Trinity office staff in June 2022.

After the loss of her sister Gloria, Stephanie assumed the role of event planner for her sister’s annual cystic fibrosis fundraiser. She continues to organize this every year for the Gloria and Thomas Kitchen Memorial Foundation.

Stephanie and Bill live in Grosse Pointe Woods, with their three children (Jacqueline, Katherine, and Stephen).